Join the celebrations in the Lunar Beast event!!

Home » Join the celebrations in the Lunar Beast event!! 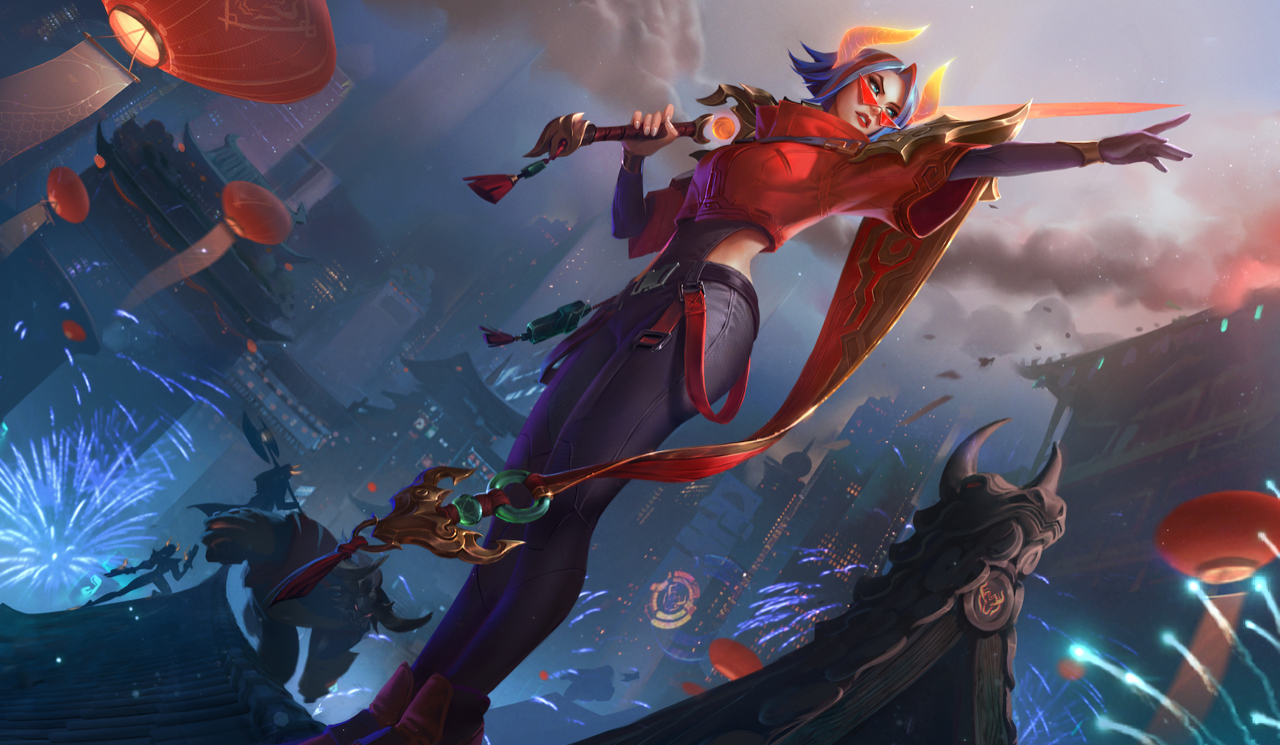 Team up with the Lunar Beast Squad from February 4 in League of Legends and Wild Rift.

Set in 2057, the year of the Ox, Lunar Beast is a brand new world where futuristic cityscapes and ancient temples collide. Every year, a beast of legend arrives to threaten the Lunar New Year, and every year, a team of heroes is chosen to stand as guardians over the celebration.

Bring in the year of the Ox with new skins, chromas, emotes and features in League of Legends – including the unique to LoL Aphelios and Viego Lunar Beast skins, and the return of ARURF!

The celebrations have also spread to Wild Rift! Wild Rift also has their own unique Lunar Beast event and skin, Lunar Beast Miss Fortune.  A host of new changes will also arrive with the 2.1 Patch.