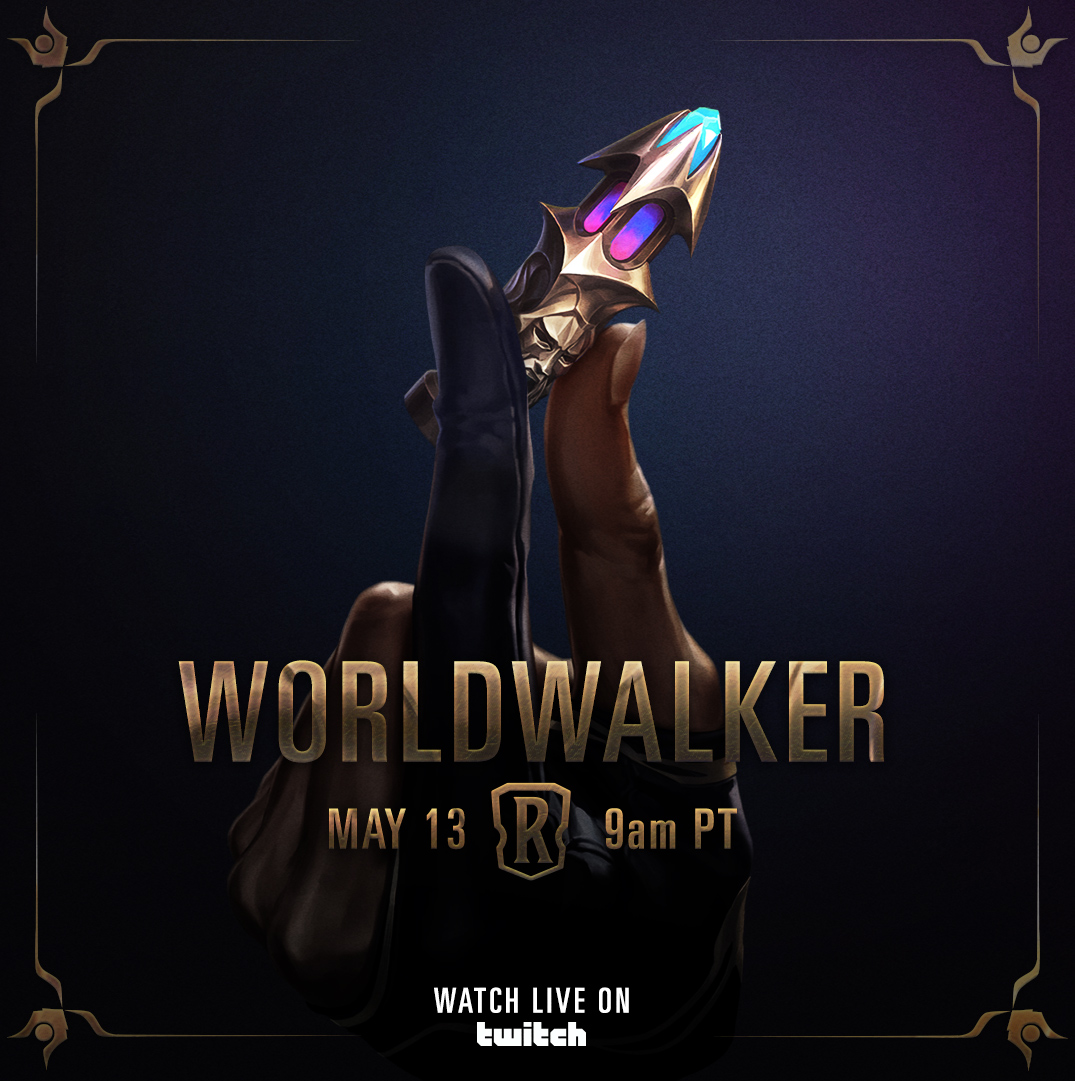 Get ready for the reveal of Legends of Runeterra’s next expansion – Worldwalker.

London, UK – May 11, 2022 – Worldwalker introduces four(!) new champions, including new Runeterran champions with special deck building rules, as well as new keywords, over 65 collectible cards, and the release of The Path of Champions 2.0.

Worldwalker Live Reveal Stream
To kick off spoiler season, join in on Friday, May 13 at 6:00PM CET for a live, interactive reveal stream hosted by Casanova (@CasanovaCasts)! In this hour-long stream, Riot Games will be debuting the Worldwalker trailer and giving viewers the opportunity to directly influence the first card reveals of the season. Theorycrafters – you’re going to want to tune in.

Developer Q&A
Mid-way through the reveal stream, Riot will have a short intermission where they’ll be joined by Worldwalker design leads RiotIAmWalrus & Tyler Morgan to provide some extra background on Worldwalker and answer some questions from the community! Submit your own question using this form – Riot Games won’t have time to get to every individual question asked, but they’ll be consolidating similar questions to answer as many as possible during the Q&A.

Reveal Schedule
You’re not going to want to miss the live event, but if you can’t make it, don’t worry! The day 1 reveals will be available on Mobalytics, DAK.gg, and many other partner sites a few hours after the stream ends. After that, tune in every day on official Legends of Runeterra social channels for daily reveals leading up to the release of Worldwalker later this month!