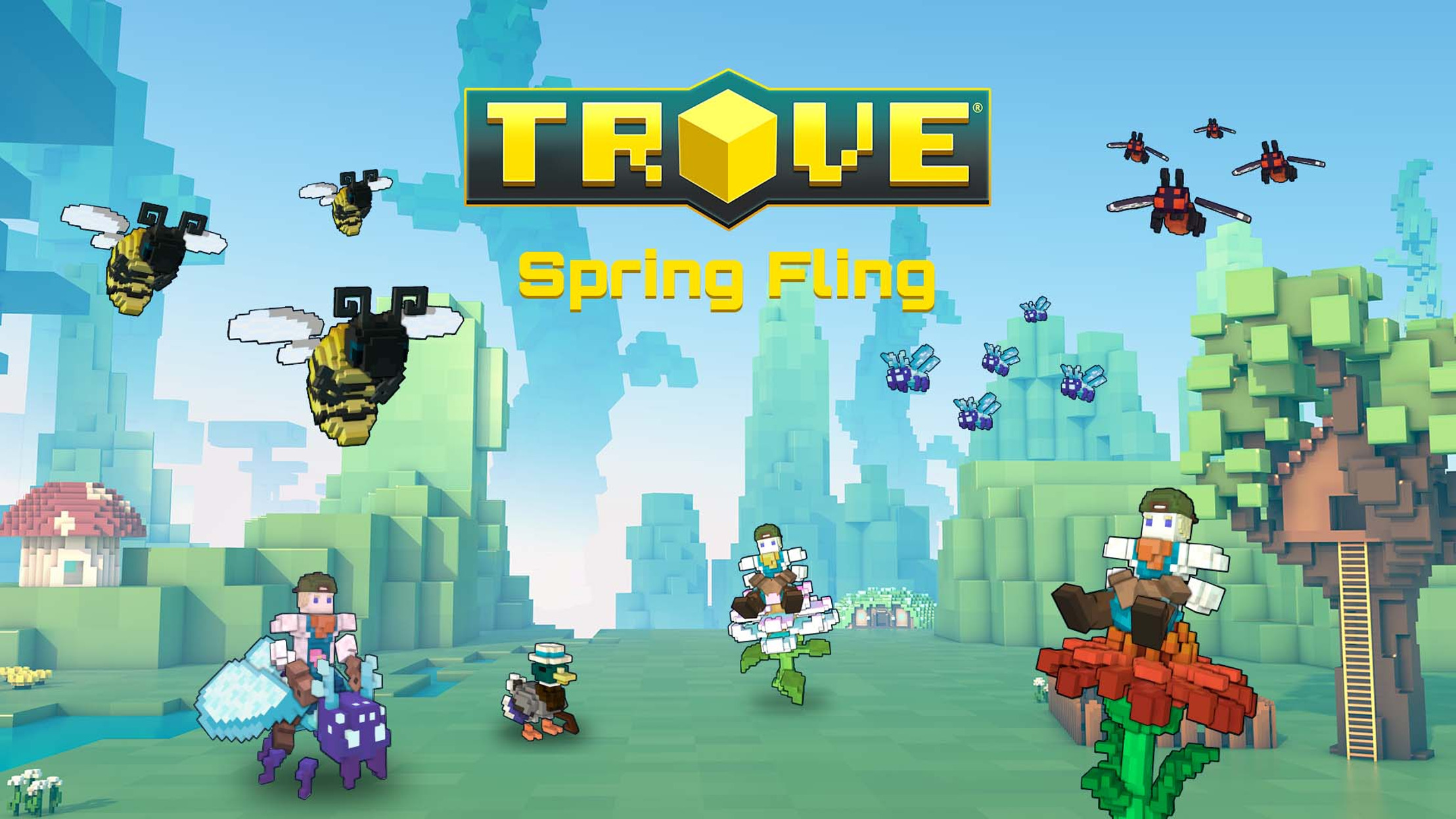 Hamburg, Germany – May 4, 2022 – gamigo is happy to report spring has officially sprung in its voxel-based MMO, Trove. That could only mean one thing: Spring Fling is back! This year’s event marks the return of Sir Dapper Duckington Esquire as he provides Spring Flingers, but also new rewards, a new pack featuring all player-made content, and MORE Waspiders! Sorry, Arachna-Spheksophobics…

Starting today through May 16, Trovians can take part in several new and returning activities starting with an 8-step quest chain saving bees for bucks (aka endgame currencies) and new rewards that include two new pets, two new mounts, and a new banner.

It wouldn’t be a Spring Fling event without spring flingers! These multipurpose posies can be purchased from Sir Dapper Duckington and can be used year-round to spawn flowers at thrown locations (now with additional colors) as well as spawning a Bee Buddy Ally in the Medieval Highlands and Permafrost zones.

If flinging bombs is more a Trovians’ style, then they’ll be happy to hear a new season of Bomber Royale has also sprung! Players can bomb their buds across four new maps using the latest in bomb technology in the form of three new powerups. A new queue system and options for private matches round out this bombastic betterment!

About gamigo group
The gamigo group is one of the leading publishers of online and mobile games in Europe and North America. The company’s diverse game portfolio includes free-to-play titles such as ArcheAge, RIFT, Trove and Aura Kingdom, as well as the recently launched buy-to-play game ArcheAge: Unchained. Counting more than 400 employees, gamigo is one of the largest German companies in the gaming industry. Besides its 5 german locations in Hamburg (HQ), Berlin, Cologne, Münster, and Darmstadt, the gamigo group also has branches in Warsaw (Poland), Istanbul (Turkey), New York, Redwood City, Austin, Bellevue (US), and Seoul (South Korea). In addition to gamigo AG, the group includes the subsidiaries WildTangent, Aeria Games, Verve, and Mediakraft Networks as well as the brands Infernum, Intenium, Looki, and Poged. The company strives to grow not only organically, but also through acquisitions. Since 2013, it has made more than 25 acquisitions, including titles, gaming and technology companies as well as individual game assets.