The Luck of the Trovish be with you for Trove’s St. Qubeslick Event

By pr nordicMarch 8, 2022No Comments
← Go back to overview

Home » The Luck of the Trovish be with you for Trove’s St. Qubeslick Event 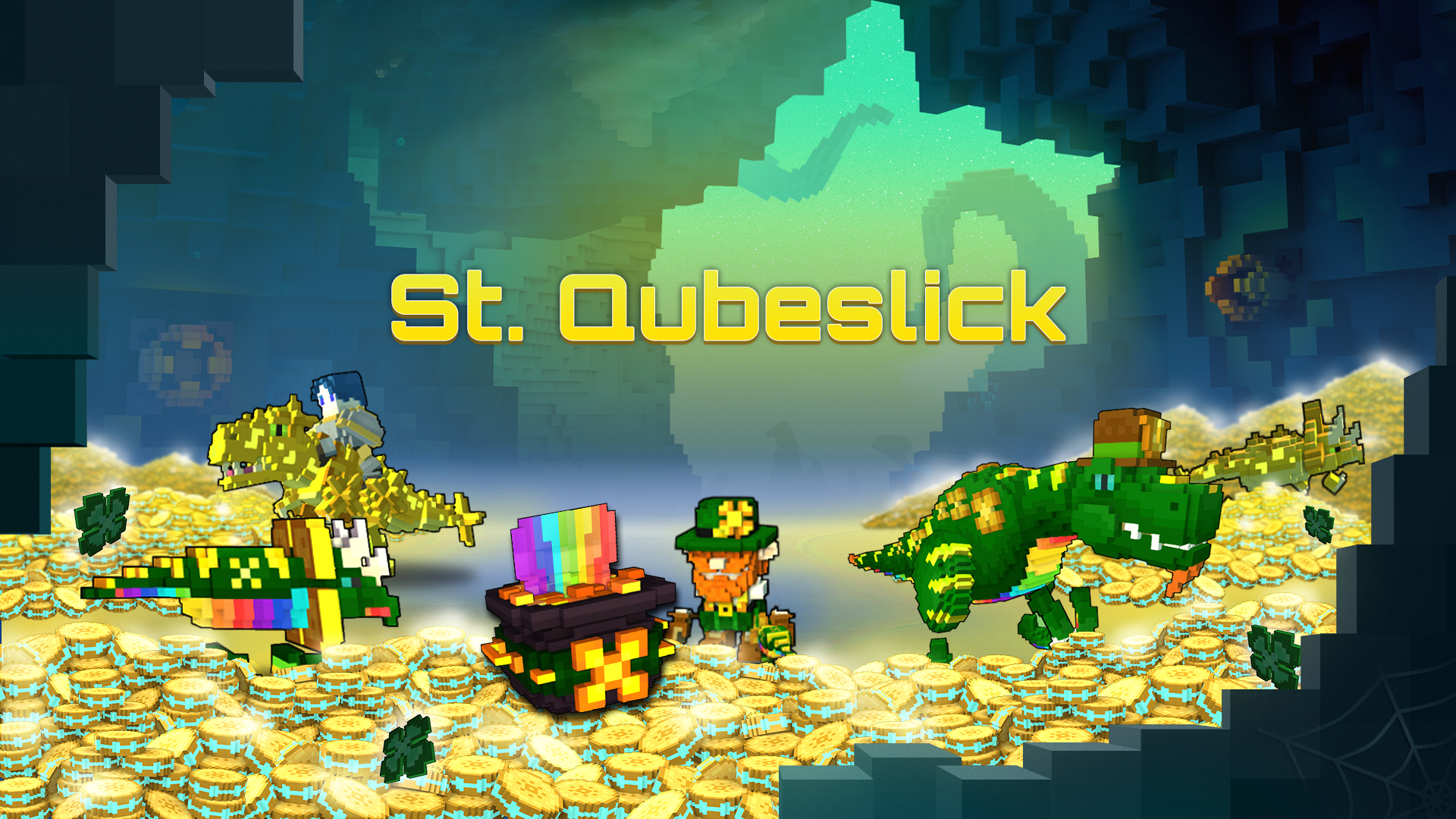 Hamburg, March 8th, 2022 – The luckiest time of the year for Trove – St. Qubeslick’s Day – has finally arrived! Starting today and ending on March 22nd, Trovians can participate in a number of new and returning quests to earn several rewards including mounts, pets, allies, and more.

Trovians will start their adventure speaking with Qubesly in the game hub who will offer a quest to craft two limited-time foods, St. Qubeslick’s Delite and St. Qubeslick’s Feast. Eating either will grant players a magic find boost, but they’ll also make fan favorites Luckbeast and Fluxbeast – and two all-new enemies Tricera-Flux and Tricera-Luck – visible for a certain amount of time. Hunting this fearsome foursome can reward players with either a pet or mount version of the unlucky beast they just took down. For example, defeating a Luckbeast can cause a Luckbeast Pet or Mount to drop.

Got a belly full of Delite/Feast and a pocket full of hunting trophies? Then Trovians should head to the Treasure Isles to earn the new Sir o’Lucky’s Coin event currency which can be spent at a Pot o’ Gold in 3 Star Dungeons within the same region. Doing so will grant an effect that makes it possible to see Sir o’Lucky at Unity Shrines who just so happens to be offering random items to purchase including the Lil Lucky ally and the Perennial Pot o’ Gold workbench.

But – what’s this? The only thing left in your bag is Luckbeast Haunch? Then it’s your lucky day because they can be used to purchase a limited number of Lucky Clovers and St. Qubeslick Pinatas, which can offer even MORE rewards!

The gamigo group is one of the leading publishers of online and mobile games in Europe and North America. The group’s diverse game portfolio includes free-to-play titles such as Fiesta Online, Trove and Aura Kingdom and mobile games like Fantasy Town and Heroes of Twilight. Counting more than 400 employees, gamigo group is one of the largest players in the gaming industry. Besides its German locations in Hamburg (HQ), Berlin and Darmstadt, the gamigo group also has branches in Austin and Bellevue (US), and in Seoul (South Korea). In addition to gamigo AG, the group includes the subsidiaries gamigo Inc. operating as “WildTangent”, gamigo US Inc., gamigo Publishing GmbH, and KingsIsle Entertainment, Inc. The gamigo group strives to grow organically as well as through acquisitions. Since 2013, it has made more than 25 acquisitions, including titles, gaming and technology companies as well as individual game assets. The gamigo group is part of Media and Games Invest (MGI). Learn more about gamigo group at https://corporate.gamigo.com/. Learn more about MGI at https://mgi-se.com/.