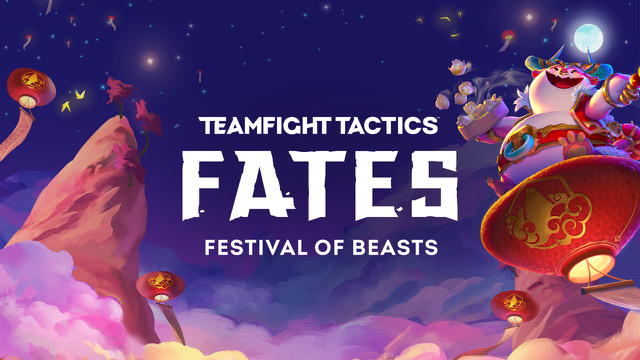 The following features will be available in this TFT mid-set update:

TFT Fates: Festival of Beasts will also include the following gameplay changes:

TFT is an eight person free-for-all strategy game where players combine LoL champions and items in different formations to defeat the seven other players in a match. As the leading game in the auto-battler genre, players tactically place an army of characters on a grid-shaped game board for a last-player-standing automated battle. Since launching in 2019, TFT has emerged as the top contender in the genre, with over 80M players globally since its launch, providing a fun and deep chess-like gameplay experience for all types of players now on multiple platforms.

*All launch timing may vary across regions.