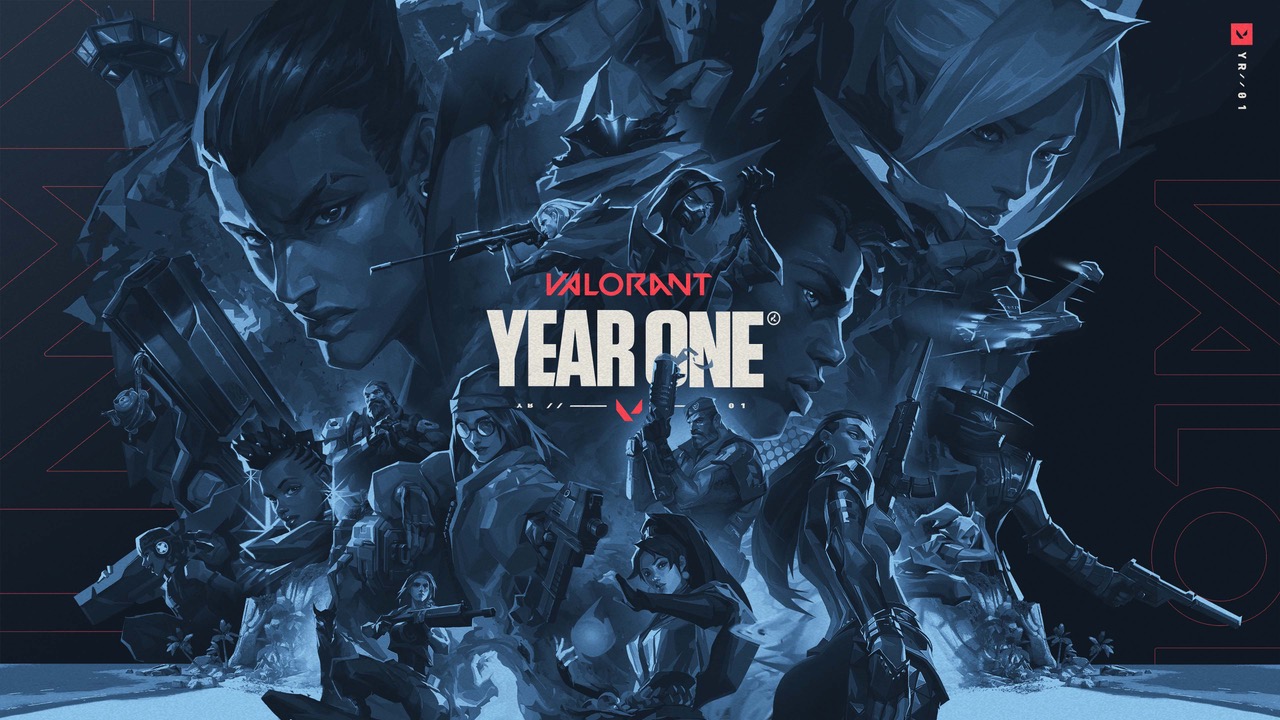 LONDON – June 2, 2021 – Video game developer and publisher Riot Games today announced an average of more than 14 million PC players from around the world log on each month to play VALORANT, Riot’s free-to-play FPS video game that launched solely on the PC platform only one year ago on June 2, 2020.

After a record-breaking closed beta debut and successful global launch, VALORANT quickly established itself as a global fan-favorite, emerging as one of the most prominent FPS games available on PC. Over the game’s first year, VALORANT players competed in over half a billion games of the team-based shooter. With enthusiasm for VALORANT only continuing to grow, Riot now is preparing to expand the franchise – starting with VALORANT Mobile – in order to bring VALORANT to more players around the world.

“One of our top goals this first year was to earn the trust and respect of the global FPS community, and to prove to them that VALORANT will always uphold the fundamentals of a truly worthwhile competitive tac-shooter,” said Anna Donlon, Executive Producer of VALORANT at Riot Games. “To see our growing player community recognize and appreciate what we’re trying to do with VALORANT is beyond what we could’ve expected and we’re thrilled to soon offer the same competitive VALORANT experience to even more global players.”

Within less than a year after VALORANT’s 2020 debut, Riot also launched the VALORANT Champions Tour to support the game’s growing competitive scene. The VALORANT Champions Tour (VCT) is a year-long, global esports circuit featuring three levels of competition: Challengers, Masters, and Champions. The second major event of the 2021 Champions Tour and VALORANT’s first international tournament, VCT: Masters Stage 2, culminated this past week in Reykjavík, Iceland. According to initial reports, the final match between Sentinels and Fnatic garnered more than one million concurrent viewers, and an average minute audience of over eight hundred thousand.

In honor of VALORANT’s year-one milestone, Riot will host a month-long celebration for VALORANT players and fans, gifting members of the community in-game rewards and initiatives. Throughout the month of June, the VALORANT community will receive commemorative digital swag, including a redeemable player card and a free event pass, to mark the occasion.

VALORANT is a free-to-play game of precise skill, high stakes, lethal gameplay, and clutch moments. VALORANT pits two teams of five players against each other to win a round-based, attackers vs defenders, best-of-24-rounds gunfight. High-fidelity gameplay and maintaining competitive integrity matter most in VALORANT, so Riot Games invested in an unprecedented, best-in-class technical back-end to support the game, including: dedicated 128-tick servers for all global players, for free; a custom-built netcode in pursuit of precise hit registration; server authoritative game architecture and proprietary anti-cheat prevention and detection from day one.

For additional details about VALORANT and VALORANT Champions Tour visit www.PlayVALORANT.com and www.VALORANTesports.com.

VALORANT is a competitive 5v5 character-based tactical shooter developed by Riot Games. VALORANT is a precise and lethal multiplayer game with high-fidelity gunplay, a diverse arsenal of guns, agents with unique abilities, and competitively tuned maps for thousands of hours of play.

VALORANT is a free-to-play game and optimized to perform on a wide variety of PC hardware, allowing for a global audience to compete. Demonstrated by the game’s best-in-class game server quality, global infrastructure, and proprietary anti-cheat technology, Riot Games is committed to preserving the core tenets of the tactical shooter genre and upholding the competitive integrity of the gameplay experience.

Riot Games was founded in 2006 to develop, publish, and support the most player-focused games in the world. In 2009, Riot released its debut title, League of Legends, to worldwide acclaim. League has gone on to be the most-played PC game in the world and a key driver of the explosive growth of esports. As League enters its second decade, Riot continues to evolve the game while delivering new experiences to players with VALORANT, Teamfight Tactics, Legends of Runeterra, League of Legends: Wild Rift, and multiple work-in-progress titles. Riot is also expanding the world of Runeterra through multimedia projects across music, comic books, board games, and the upcoming animated series Arcane. Founded by Brandon Beck and Marc Merrill, and led by CEO Nicolo Laurent, Riot is headquartered in Los Angeles, California, and has 3,000+ Rioters in 20+ offices worldwide.

Premiere of League of Legends animated TV Series, Arcane, will be open for co-streaming on Twitch