Legends of Runeterra Releases ‘Call of the Mountain’ Expansion

Home » Legends of Runeterra Releases ‘Call of the Mountain’ Expansion 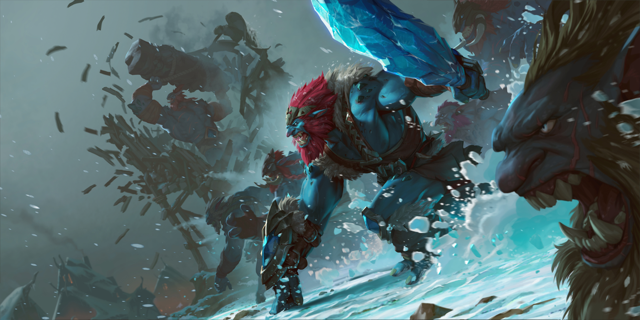 The League of Legends-based strategy card game is releasing its latest expansion—Call of the Mountain—which adds the new Targon region, 7 new champions, and 89 new cards.

London – August 25, 2020 – Riot Games tomorrow releases the Call of the Mountain expansion for Legends of Runeterra (LoR), the free-to-play card game set in the League of Legends universe. Call of the Mountain introduces the new region of Targon and 89 collectible cards, including 7 champions, as well as a variety of new features & content across the game. Call of the Mountain will be playable globally on August 26th on PC, Android, and iOS.

Call of the Mountain explores new frontiers with the addition of Targon, an all-new region for players to explore and collect. On this towering mountain, cosmic beings lend their might to mortals, astral dragons soar beyond the sky, and tribes of the faithful devote themselves to the sun, moon, and stars. Targon and Call of the Mountain are headlined by 7 new champions from the League of Legends universe including Leona, Diana, Taric, and Aurelion Sol, as well as six new gameplay mechanics that offer all-new strategies and twists on old ones.

“Call of the Mountain is a wonderful opportunity to explore new areas of the League IP and an exciting update to LoR’s gameplay, giving players more ways to experience an ever-evolving array of strategies that never feel solved,” said Call of the Mountain set lead Shawn Main. “We hope players will love their first experience with Targon as they discover new decks and ways to revamp classic ones.”

Call of the Mountain marks the start of LoR’s new bimonthly card release cadence, kicking off a three-expansion set exploring Targon. The next two expansions will follow in October and December, each featuring 40 collectible cards, including 3 champions.

For assets, please go to https://prnordic.box.com/s/5t9wolqi5xbkmw49jb7vjqdxsm6buloz

Riot Games was founded in 2006 to develop, publish, and support the most player-focused games in the world. In 2009, Riot released its debut title, League of Legends, to worldwide acclaim. League has gone on to be the most-played PC game in the world and a key driver of the explosive growth of esports. As League enters its second decade, Riot continues to evolve the game while delivering new experiences to players with Teamfight Tactics, Legends of Runeterra, VALORANT, League of Legends: Wild Rift, and multiple work-in-progress titles. Riot is also building the world of Runeterra through multimedia projects across music, comic books, board games, and the upcoming animated series Arcane. Founded by Brandon Beck and Marc Merrill, and led by CEO Nicolo Laurent, Riot is headquartered in Los Angeles, California, and has 2,500+ Rioters in 20+ offices worldwide.