League of Legends: Renata Glasc reveals herself before her arrival on the Summoner’s Rift with patch 12.4

By pr nordicFebruary 1, 2022No Comments
← Go back to overview

Home » League of Legends: Renata Glasc reveals herself before her arrival on the Summoner’s Rift with patch 12.4 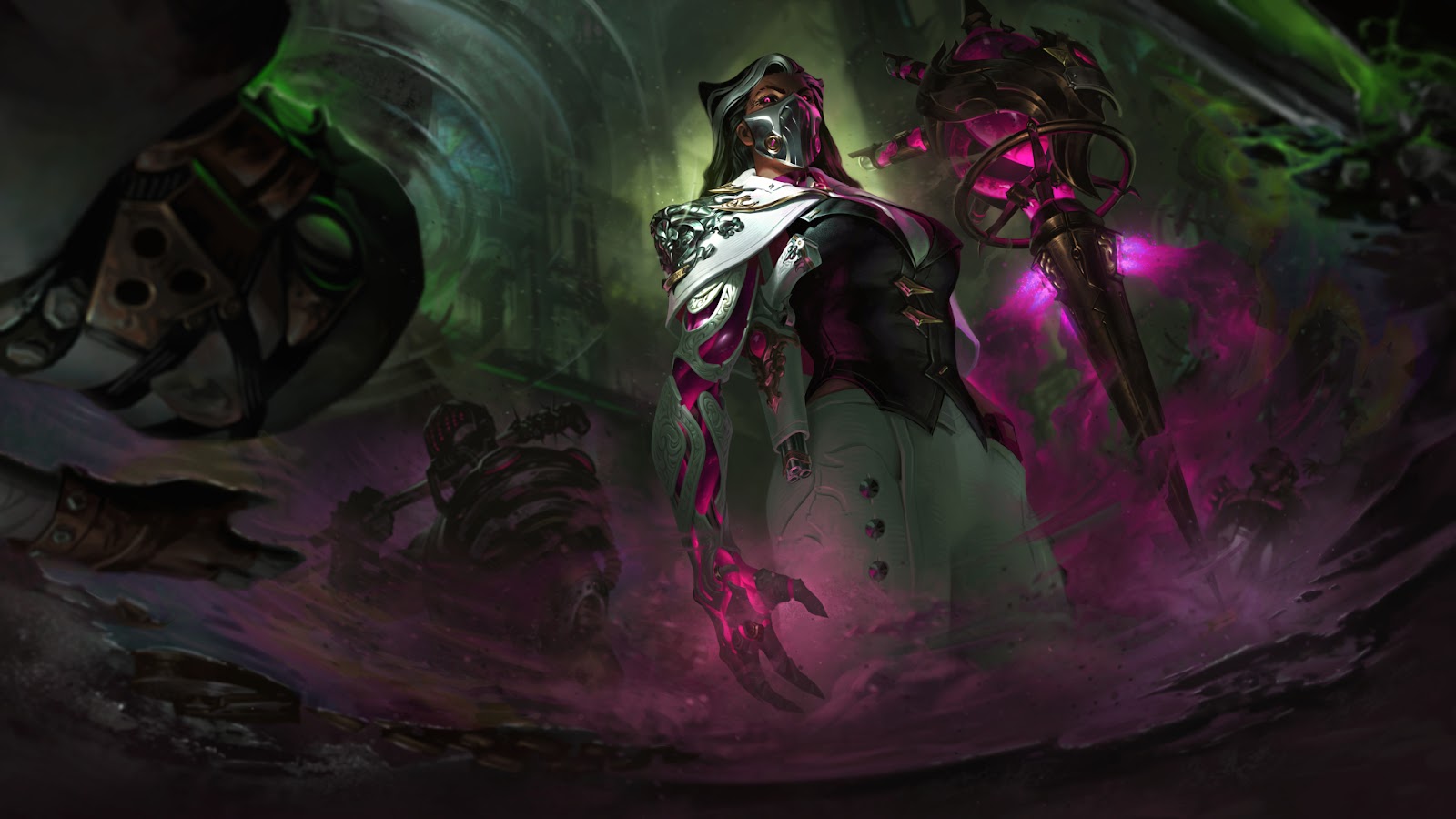 “Progress comes at a price others aren’t willing to pay.”

London, UK – February 1, 2022 – Renata Glasc, the Chem Baroness, is the 159th champion in League of Legends and will be joining the Rift in Patch 12.4! Introduced as a Support, Renata Glasc descends from a family of resourceful and altruistic Zaunits alchemists. Thanks to her foresight and business acumen, she grows up to be an important figure in the district. Ambitious and with an advanced technological heritage, she plans to go beyond the borders of Zaun.

Renata Glasc sends out a missile from her robotic arm that roots the first enemy hit. She can reactivate the ability to throw the enemy in a target direction, damaging enemies hit and stunning them if the thrown target is a champion.

Renata Glasc grants an allied champion or herself ramping Attack Speed and Move Speed toward enemies. If the ally gets a takedown on an enemy champion, the buff duration resets. If the ally would die while Bailout is still active, their health is set back to full but they begin burning to death over 3 seconds. The ally can stop the burn by getting a champion takedown before they die.

Renata Glasc sends out chemtech rockets that shield allies and damage and slow enemies they pass through. The rockets also apply their effects around her on cast and in an explosion at max range.

Renata Glasc sends out a cloud of chemicals that causes enemies to go Berserk, increasing their Attack Speed and forcing them to basic attack anything around them. Berserk enemies prioritize attacking their own allies, then neutral units, then Renata Glasc’s team, then Renata Glasc herself.

“Work for me, or work against me—doesn’t matter. Everyone comes to my side eventually.”

Riot Games was founded in 2006 to develop, publish, and support the most player-focused games in the world. In 2009, Riot released its debut title, League of Legends, to worldwide acclaim. League has gone on to be the most-played PC game in the world and a key driver of the explosive growth of esports. As League enters its second decade, Riot continues to evolve the game while delivering new experiences to players with Teamfight Tactics, Legends of Runeterra, VALORANT, League of Legends: Wild Rift, and multiple work-in-progress titles. Riot is also expanding the world of Runeterra through multimedia projects across music, comic books, board games, and the upcoming animated series Arcane. Founded by Brandon Beck and Marc Merrill, and led by CEO Nicolo Laurent, Riot is headquartered in Los Angeles, California, and has 3,000+ Rioters in 20+ offices worldwide.