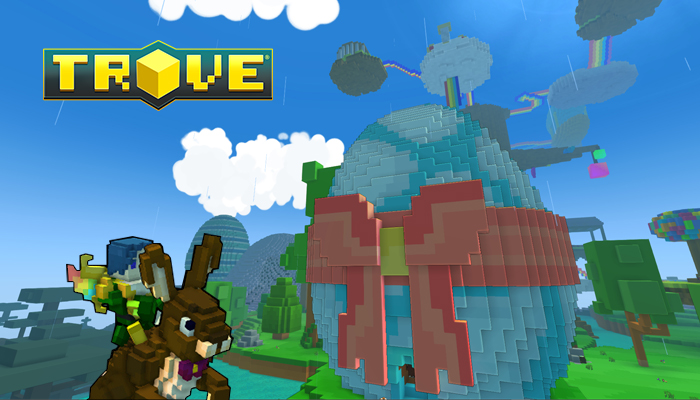 The voxel MMO celebrates easter with a plethora of events

Hamburg – March 31, 2021 – gamigo is pleased to pull a rabbit out of the hat to reveal the first information about the next eggciting event coming to its Voxel-based online adventure Trove. During Bunfest 21, players will hop over to the “event area” of the hub to grab Bunfest-Qubesly’s rabbit’s foot in friendship. Bunfest-Qubesley and his bun-fren quest givers will have a lot to say as they dangle goodie carrots in front of eager players ready to set off for adventure.

Completing Bunfest-Qubesley’s special daily quests will see players fill their virtual baskets with Bunfest Tokens, Bunfeed, and scrummy chocolates. These themed rewards can be used to craft special recipes and a trio of new Allies to hop alongside players as they adventure through the game. Players will even be able to create last year’s craftable rewards in a special nod to Legacy Bunfest items.

Players can also collect Eggs by taking part in many of Trove’s signature activities. These include special Egg Dungeons in Candoria, Fae Forest, Medieval Highlands, and Geode Topside. There’s even a Bunfest delve to dive into in search of these rare goodies. Eggs can contain a number of items including any one of four mounts or a mag-rider!

But what Spring event is complete without a bit of goofy fun on April 1st? Players can look forward to a special surprise on that day.

All this and more awaits Trove players beginning Tuesday, March 30th, and running until Monday, April 12th. More information can be found on the official website.

For assets, please go to https://prnordic.box.com/s/hwas84de4h68b0jsgoe2s0rn7cjcjmlp