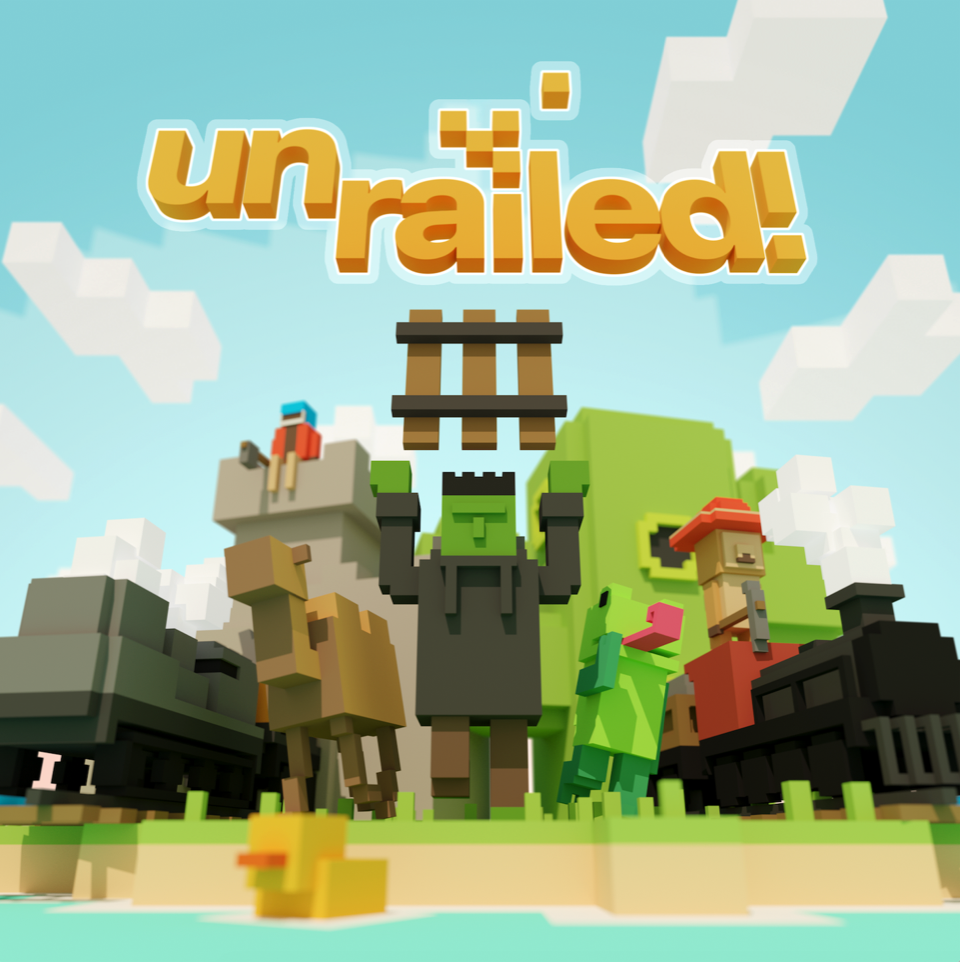 Co-op hit gets a full release on Steam and arrives on PlayStation 4 and Nintendo Switch; Xbox One version follows shortly

Hamburg, Germany, September 23rd, 2020 – Daedalic Entertainment and Indoor Astronaut are happy to announce that their co-op hit Unrailed! is coming to PC (via Steam), Nintendo Switch and PlayStation 4 today. Xbox One players can dive into the game soon. After one year of Early Access, the game now features new biomes, wagons, game modes and more!

Get a glimpse of Unrailed!’s chaotic railroad madness in the new release trailer: https://youtu.be/0J6S4xotq0E

Additionally, a special new Nintendo Switch trailer showcases how much fun you can have when playing Unrailed! with your friends: https://youtu.be/JUpvTwUcLPM

Unrailed! is a true test of your friendships: Work together in local or online multiplayer with up to four players to guide your train through dangerous, procedurally generated terrain filled with obstacles and meddling local wildlife in order to reach the safety of the next station. Communication and cooperation are key to ensure you always have enough resources to build new tracks, stop your train from overheating, and can fend off animals pestering you. Without quick decision making and strategic planning your train will derail quickly, which makes the game all the more challenging. Whether you play the endless, team or quick mode – your goal is nothing else than building the longest track ever.

Unrailed! now features a whole new Biome and additional wagons. The Mars biome is the most challenging so far, boasting a hazardous environment with a mysterious entity that blocks your path and shoots at your train, and you’ll have no water at all. You have to make good use of your energy shields and your ability to fly through space in order to avoid a space transportation catastrophe.

More information about Unrailed! can be found on the website and the official Discord.

Indoor Astronaut is a young team of developers from Switzerland made up of ETH Zürich graduates. The cooperative multiplayer title Unrailed! is the indie studio’s first game.