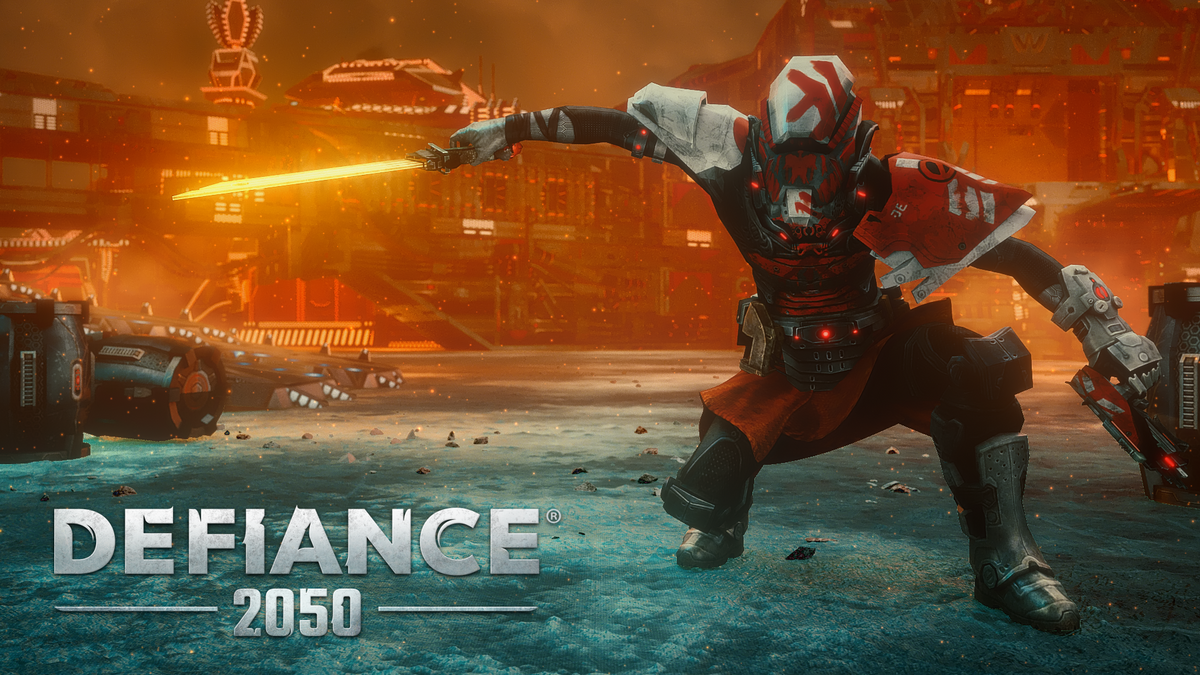 In the sci-fi shooter Defiance 2050, Dark Matter has once again invaded the New Frontier during the Mayhem and Mutiny Event.

Hamburg, August 31, 2020 – The future looks grim in gamigo’s post-apocalyptic MMO Defiance 2050. Mayhem Mutiny is back, and with it, colossal Arkfalls appear across the barren world. Until September 28, players can prove their might against fearsome monsters on PC, PlayStation 4 and Xbox One.

In Defiance 2050, players turned Ark Hunters may choose from an array of fully customizable equipment, explore a unique open world, and seek fame and fortune in a compelling sci-fi narrative. They can craft an individual character thanks to a myriad of different class-, weapon-, and upgrade combinations that help them face the challenges of the massive Arkfalls occurring during the Mayhem and Mutiny Event.

Daring Adventurers can choose their favorite vehicles and embark on their quest to collect precious Crystals to create powerful synergies. These produce advanced holograms which in turn aide the heroes in their fight and result in massive explosions upon their destruction.

More information about Defiance 2050 and its latest event can be found on the official website.

For asset, please go to: https://prnordic.box.com/s/8t4yc75wo1erm6zrdfxl913eolx9f6by