By pr nordicApril 5, 2022No Comments
← Go back to overview 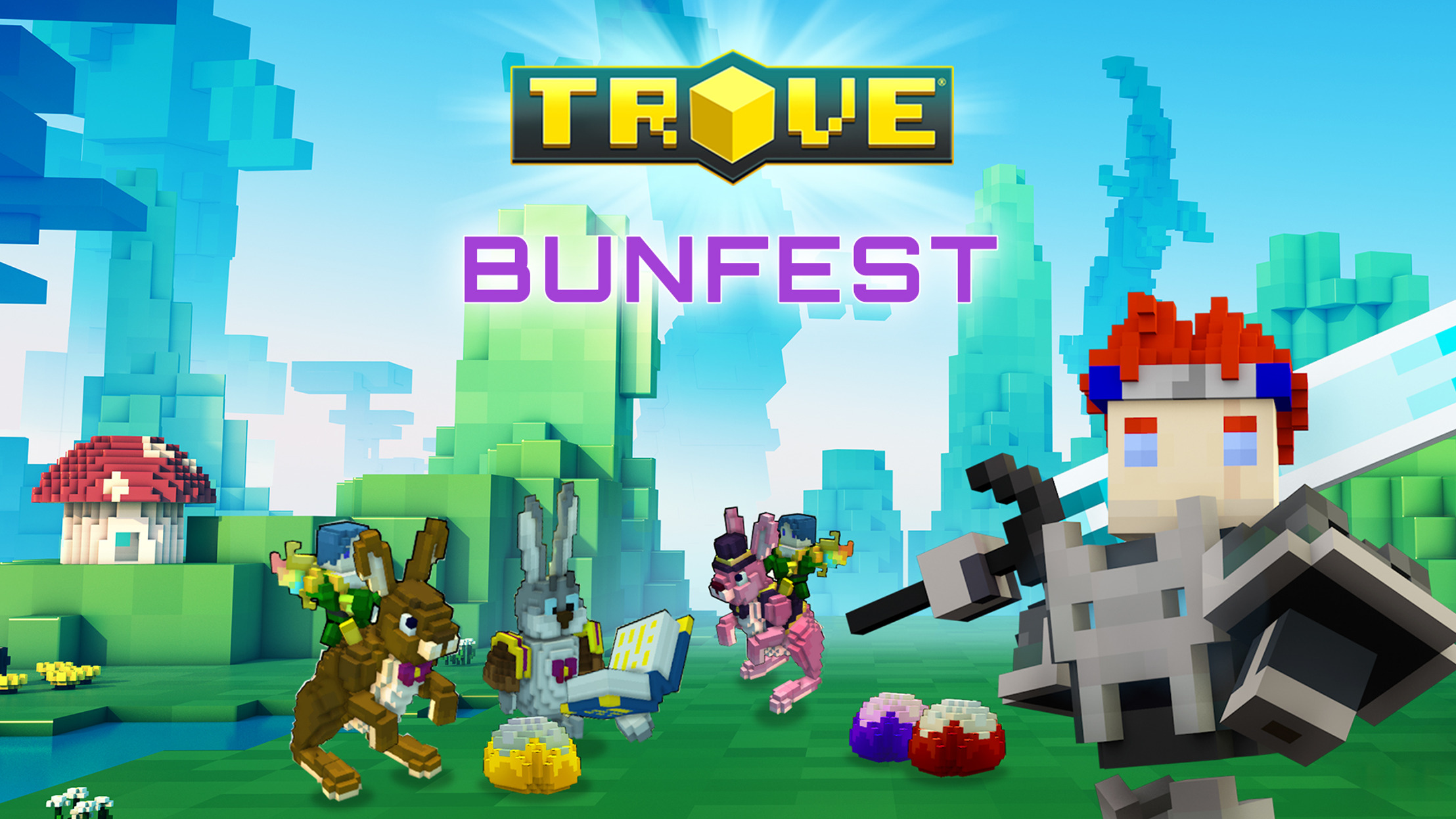 EGG-static Trovians are welcome to PEEP this EGG-stra special holiday event that’s too HOP to EGG-nore!

Hamburg, Germany – April 05, 2022 – gamigo is HOP-py to announce the return of the BUNNY-est event in its voxel-based MMORPG, Trove. Bunfest 2022 kicks off today until April 18 and requires Trovians to complete quests for new NPCs, uncover hidden eggs of all shapes and sizes, and fight off shadow bunnies. Completing quests will give players the opportunity to earn new banners, mounts, allies, and even bomb styles for Bomber Royale.

For this year’s Bunfest, Trovians can enjoy a BUN-ch of new content that includes a 6-step quest chain, Bunnies finding their way into the Forbidden Spires, and plenty of eggs that were created by other players! Collecting these new eggs may drop mounts – such as the new Easter Basket mount – that will hop when they encounter a decorated egg and very rarely may drop the new Bard Bunny costume.

Returning are the Egg dungeons and Easter Eggs from previous Bunfest events, daily quests from last year’s Bunfest, and access to the Buntopia Delve. The delve now has a new boss adorable bunnies and equally adorable Trovians may want to avoid: the Bunsmasher Giant. Players that don’t heed our warning may receive drops for the Bunster Blaster mount, the Baby Bunsmasher ally, or new Bomber Royale Bomb styles.

About gamigo group
The gamigo group is one of the leading publishers of online and mobile games in Europe and North America. The group’s diverse game portfolio includes free-to-play titles such as Fiesta Online, Trove and Aura Kingdom and mobile games like Fantasy Town and Heroes of Twilight. Counting more than 400 employees, gamigo group is one of the largest players in the gaming industry. Besides its German locations in Hamburg (HQ), Berlin and Darmstadt, the gamigo group also has branches in Austin and Bellevue (US), and in Seoul (South Korea). In addition to gamigo AG, the group includes the subsidiaries gamigo Inc. operating as “WildTangent”, gamigo US Inc., gamigo Publishing GmbH, and KingsIsle Entertainment, Inc. The gamigo group strives to grow organically as well as through acquisitions. Since 2013, it has made more than 25 acquisitions, including titles, gaming and technology companies as well as individual game assets. The gamigo group is part of Media and Games Invest (MGI). Learn more about gamigo group at https://corporate.gamigo.com/. Learn more about MGI at https://mgi-se.com/.