Bonkies, a jolly, couch co-op party game with a pinch of construction building is available for Xbox, PlayStation, Nintendo Switch and PC players! 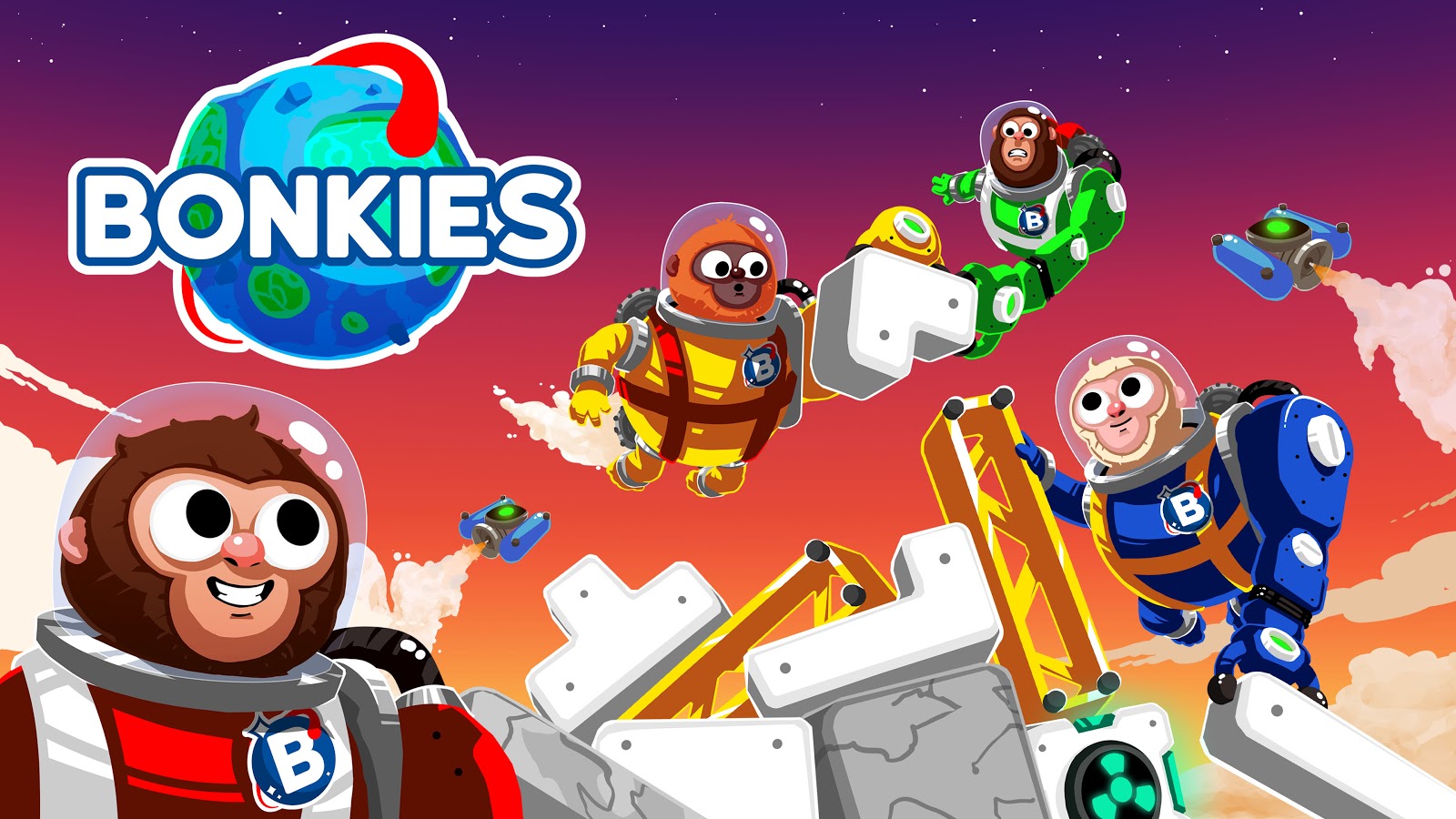 Bonkies is a wholesome couch co-op, perfect for spending some quality time with your friends and loved ones. Snuggle under blankets and have a bit of lovely fun with those close to you – even if they were far! You can play online through Steam’s remote play and reach friends while socially distancing. Spending quality time during long days of winter gets easy with Bonkies’ cute but puzzling world and missions.

Bonkies were made by a small, Norwegian independent studio called Studio Gauntlet, specifically to bring people together in joyful, cooperative challenges for up to 4 players. The game is packed with cute animals, brain-teasing missions and goofy mishaps, a perfect recipe for a peaceful evening with friends and family at home.

Bonkies is a labour of love. It is Studio Gauntlet’s first game, but already gathered positive feedback during its Early Access stage on Steam and snatched the Best Design and Player’s Choice trophies at the 2018 Norwegian Game Awards.

Bonkies is a game that came to be almost out of necessity. The idea for it first sprouted in the mind of one of the devs – Christer Rebni. While recovering from an ankle injury and stuck in a hospital with no internet access, he noticed there just aren’t as many great couch co-op games to play with his friends and family that came to visit.

Bonkies is a jolly party game about cooperation, space construction and the joys of colonising the solar system as a team of monkeys. Players will be tasked with raising all sorts of quirky constructions on distant planets, by stacking blocks so they fit a given outline. To do so, they will have to team up with other space faring animals and master the use of their trusty apequipment – a banana-fuelled jetpack and a powerful robo-arm.

On top of that, they’ll have to utilise the wackiest kinds of blocks (magnets, rockets and even nuclear fusion are no strangers for a well-trained apestronaut), and work in exotic and not-really-monkey-friendly places. Who said space construction was going to be easy?

Bonkies features both single and multiplayer campaigns with tons of hand-crafted levels that require cooperation, quick wits, agility, and coordination to solve in time. Players can choose characters from a varied cast of lovable monkeys (and some other, equally adorable creatures). The game offers a challenging experience but is first and foremost a light-hearted and joyful take on construction builders and couch co-op games.

The game will be helped in its mission to colonise gaming platforms around the cosmos by Crunching Koalas – a publishing studio with experience in bringing exceptional indie titles to console.

The team found each other through the university of Trondheim and the startup community there. Alex and Christer, the founders of the studio, both studied together to become industrial designers, they both focused on concepts that aimed at promoting cooperative and social gaming. When Lise joined as a producer, a team of 2 became a team of 3 with a grand vision to become the greatest Nordic game development studio for social local co-op games! https://studiogauntlet.com/

Crunching Koalas is a Warsaw-based studio that focuses on bringing exceptional games to console players across all platforms. Their portfolio includes critically acclaimed titles like Thronebreaker: The Witcher Tales, Darkwood, This War of Mine: Complete Edition and Frostpunk: Console Edition. http://crunchingkoalas.com/