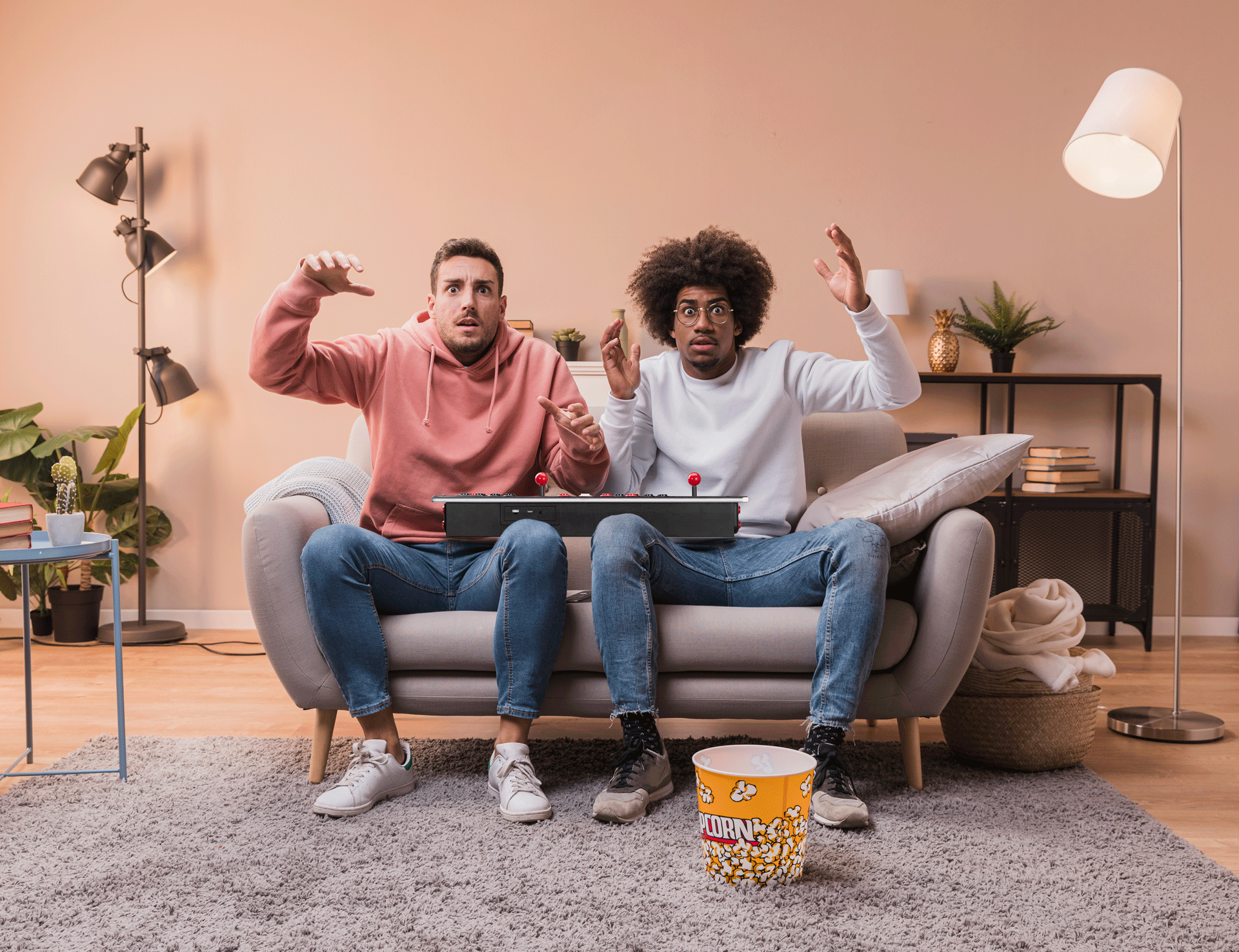 LOS ANGELES, Calif. (September 1, 2020) The Legends Gamer series becomes available for online pre-order starting today at: www.atgames.com.  The same great technology and gaming fun that has made the full-size Legends Ultimate home arcade such a runaway hit is now available in three new products, starting at only $99, and feature all the great gaming controls, including premium joysticks, buttons, and trackball, just without the full cabinet and monitor. Take arcade action to any room by simply connecting to a television or display device of your choice.

The three additions to the Legends Arcade family are the Gamer Pro, Gamer, and Gamer Mini. These fully featured “arcades” come pre-loaded with up to 150 classic arcade and home video games from licensors like Data East, Disney, Jaleco, Taito, The Tetris Company, and more. The full game lists can be found on the Legends Gamer product page: https://www.atgames.net/arcades/legends-gamer-series/

“The community spoke and we are responding,” says Dr. Ping-Kang Hsiung, CEO of AtGames. “People love the Legends Arcade experience, but not everyone has the space or budget for a full-size machine. Our fans let us know they wanted more ways to get the true arcade experience, which is why we are adding the Gamer Series to the Legends Arcade family.”

With more than 10 million units of game and console products shipped by the company to date, AtGames is poised to greatly expand the home arcade market with its three new Legends Gamer products.

Features of the Legends Gamer include:

With weekly firmware releases, the Legends Gamer series is constantly evolving. Among the major evolutions that have been unveiled on the Legends Arcade Platform have been the introduction of eSports to retro games with the AtGames Leagues and Leaderboards (ALL), voice chat, friends lists, and the ability to stream gameplay directly to popular streaming services. No other home arcade products come close to these and the many other features made possible by the Legends Arcade Platform.