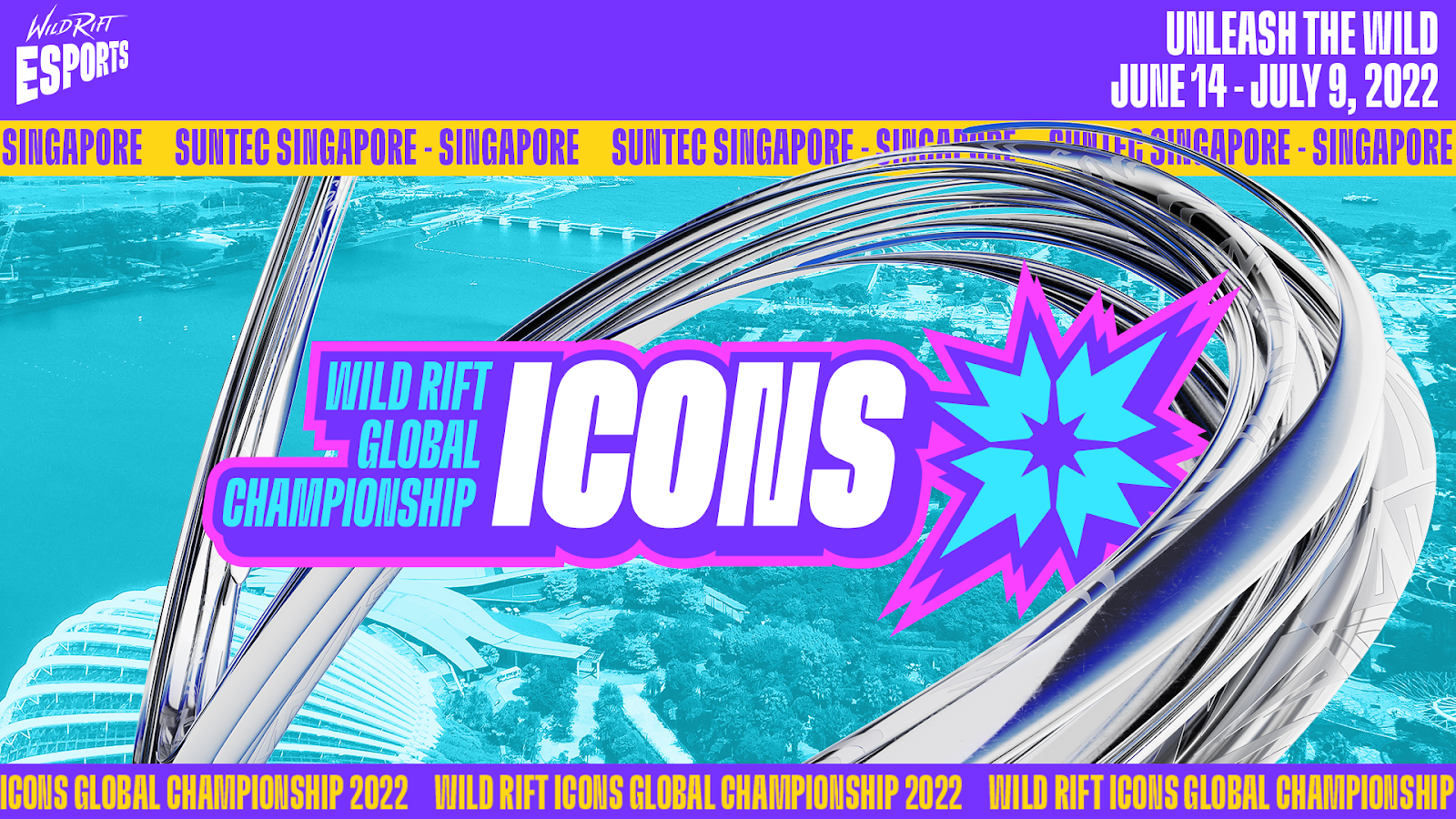 LOS ANGELES – May 8, 2022 – Riot Games is excited to announce that the 2022 Wild Rift Icons Global Championship will take place this summer at the Suntec Convention and Exhibition Center in Singapore. A familiar home for Wild Rift Esports, Suntec Singapore previously held the Wild Rift Horizon Cup in 2021 and will now host the first global championship for Wild Rift Esports. The tournament will begin on June 14 and will end with finals on July 9.

“We are incredibly excited to announce that our very first Wild Rift Icons Global Championship will be coming to Singapore this summer,” said Leo Faria, Global Head of Wild Rift Esports. “Icons will be the climax of our Wild Rift Esports season, showcasing the best in mobile esports from around the world!”

The Wild Rift Icons Global Championship is Riot’s global tournament concluding the Wild Rift Esports season. The tournament will feature 24 teams, 8 qualifying straight from regional competitions and 16 battling through the play-in stage. Fans will witness the highest level of Wild Rift Esports competition as teams unleash their skills for a chance at the world title and a shared prize pool of $2 million.

When first announced, Icons was originally set to take place in Europe. Due to the global pandemic complicating visa application timelines and re-entry dates for many regional teams, Riot Games made the decision to move the competition to Singapore. This decision will not only ensure that teams have the best chance of attending Icons, but that they also have a great experience at their first Icons championship.

More information including fan experiences, the qualified teams, format, and schedule will be revealed in the coming weeks! Be sure to follow @wildriftesports and your regional Wild Rift social media pages for the latest updates!